15 most popular social networks in the world

HomeBlog GridVideo Production15 most popular social networks in the world 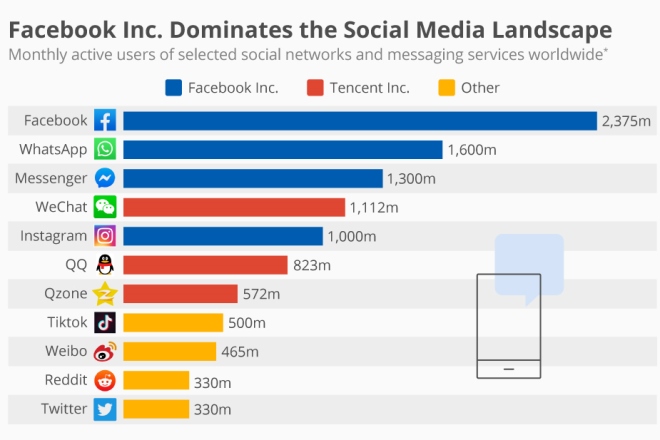 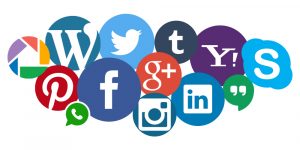 Facebook was founded in the mid-2000s by Harvard University student Mark Zuckerberg and his team. Starting this project as an experiment, the developers could not imagine that their brainchild would become a leader in the number of registered users. So, today the cost of the site is estimated at 60 billion dollars, which indicates the extremely high popularity of the service around the world.

Facebook like the leader of popular social networks allows people to exchange messages, create publications by attaching audio and video, rate content with “I like” marks, listen to music, play various kinds of games and applications – the entire standard set. It should be noted that most of the audience is represented by foreign citizens, although our compatriots also abound on Facebook, Vkontakte became more popular social networks.

To attract businessmen, Facebook has developed an integrated marketplace that enables them to promote and sell their products. Therefore, if you want to develop your business on the network or just increase sales, then on Facebook you will not be left without customers.

Other popular social networks like Instagram and Snapchat. Instagram is the most popular social network among young people, actors, singers, models and just people leading an active lifestyle that do not hesitate to flaunt your life. It was from here that the fashion for selfies, photographing beautiful food and landscapes went. Today, Instagram is a fast-growing online platform that allows its users to publish photos and short videos (vines), evaluate the content, leave comments and communicate with each other.

A special feature of the network is the publication of stories that are displayed in a separate block. For business, Instagram is just perfect, because here you can attractively present and advertise your product or service. In 2011, Instagram got a younger brother, Snapchat, a service that is also rapidly gaining popularity. Its distinguishing feature is the ability to publish only those photos and videos that are made directly in real-time using the application. In general, only current events.

YouTube is not just video hosting Youtube can’t just be dryly called video hosting from other popular social networks. This is a storehouse of everything that a person can do! It is impossible to calculate how much of everything fascinating is on this resource. Information is provided herein video format, therefore, due to the visibility and ease of perception, it is in great competition with blogs, magazines, and forums. Besides, YouTube is in a huge competition with television. This is because the user is free to choose and watch what he wants and chooses, and not what, for example, is shown on federal channels for daily brainwashing.

Therefore, everyone strives here. First of all, these are young people, but the older generation is also not a rare guest. In addition to entertainment, Youtube has become for many a resource for free education, where you can find various training, courses, masterclasses that develop skills. Here you can learn how to cook, you can learn languages – in a word, everything from “how to build a house” to “how to get a haircut yourself.” YouTube is a leader between popular social networks of the world.

SoundCloud is a social network for real music lovers, which was created to distribute an unlimited number of songs of various genres and styles that belong to artists from around the world. Various ratings determine the hits of the present. Users choose the application since here you can find absolutely any songs of any artist because they have the opportunity to sell these songs.

Messengers are also actively used to communicate on the Internet around the world. They focus exclusively on calls, quick messaging and video calls using the Internet. Today, applications such as Skype, Telegram, WhatsApp, Viber, Imo, are a huge competitor to mobile operators.

The most popular social networks in Russia In Russia, the popular social network VKontakte is the analog and the main competitor that outperformed Facebook in the number of Russian-speaking users. It is, in fact, a clone of the American resource Facebook, because provides the same features. However, one cannot fail to mention that for perception the Vkontakte network is much simpler, it is easier to navigate in it. We can say that it is supposedly imprisoned under the Russian eye.

A distinctive feature of the Russian popular social networks is the presence of pirated content in the form of a large number of music and films, which attracts not only Russian audiences but also foreign ones. Cons include a lot of pornographic materials that are freely available. Although in recent years, such content has been actively fought at the legislative level. Classmates for people who remember the USSR firsthand.

Odnoklassniki was created as a search for former classmates and comrades. Because among young people, such an offer is much less in demand, and it happened that Odnoklassniki has become an Internet space for people who remember the USSR firsthand.