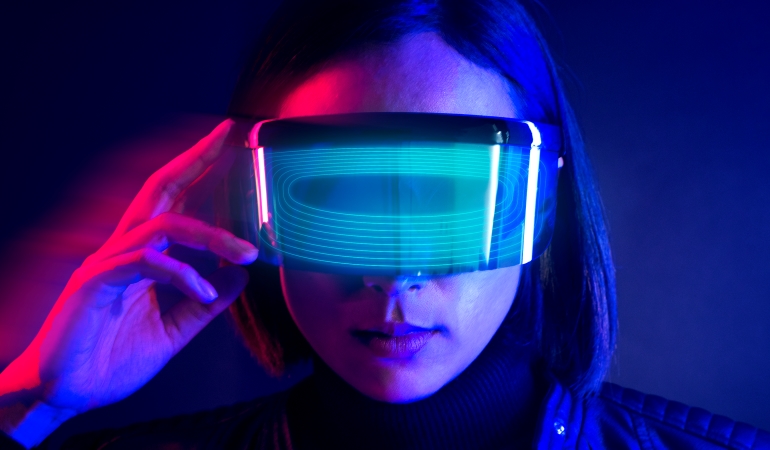 Every day, consumer interest in augmented and virtual reality is growing. Users want to watch competitions using AR and VR, take 3D selfies for online shopping, and get acquainted. But a study by the Institute of Social Media shows that 35% of CEOs of the largest companies in Russia do not know about examples of using virtual technologies in business.

In this white paper, we have collected the world’s experience of using AR and VR to solve marketing problems. Here you will find:

What’s the difference between VR and AR?

What is the difference between virtual and augmented reality?

Virtual reality (VR) is a computer-generated world that can be accessed using immersive devices – helmets, gloves, headphones. The virtual environment completely replaces the real world without reacting to its changes, while the user can influence it, immersing himself, for example, in a video game.

Augmented reality (AR) simply adds layers to the real world. That is, people can still interact with the physical environment by receiving additional information from their devices or augmented reality applications.

What can I do to immerse myself in VR and AR?

To immerse yourself in virtual reality, you need to use an immersive headset. Information provided by a VR device can include image, sound, as well as tactile sensation, smell, and even taste. Augmented reality devices include headsets like Google Glass glasses, mobile phones (you need to download a special application), cameras (they “lay down” layers on the physical environment when the user looks into the lens). As a rule, when interacting with augmented reality, a person receives only visual and audio experience.

Is it true that VR and AR are the most popular in the entertainment industry?

Video games and movies are indeed the most common formats adapted for virtual reality. Using an immersive headset, the user can find himself, for example, in Antarctica or among dinosaurs. Not so long ago, advanced interactive VR entertainment appeared – team games with full immersion, freedom of movement without restrictions in the form of wires. Augmented reality is also used in games: for example, the famous Pokemon GO application works just like AR. The user looks at the world around him through the camera and the screen of the gadget, and the application imposes additional objects on reality – Pokemon, which must be caught and then trained. Using augmented reality, they create interactive books, postcards, coloring pages, develop applications for museums, city tours and much more.

Is it just for games?

Virtual and augmented reality is increasingly being introduced into professional spheres. VR is actively used in journalism, mainly foreign. Designers and architects use this technology to present their projects (for example, to IKEA). Physicians need virtual reality – as a teaching aid for medical students and to prepare patients for surgery – they are shown the manipulations that will be performed.

The term “experience machine” is actively used in relation to virtual reality for its ability to evoke genuinely vivid and realistic emotions. VR allows you to somehow transfer a person to another place, time, or even create a strong bond with another person. This format, thanks to deep immersion, interactivity and a wide range of scenarios, is able to create impressions far from real things, situations and people. This property of the technology is successfully used by non-profit organizations that raise funds to help people or nature. VR in this case is an emotional technique, because NGOs cannot offer the “buyer” anything material in exchange for money, and encouraging a person to donate the earned money to something distant and unfamiliar to him is a very difficult task.

One of the first to use virtual reality in social advertising was the New York Times magazine in 2015. Editor-in-chief Jake Silverstein concluded that VR was the best format for telling a story about a remote or hard-to-reach place that same year. Also, technology helps to establish an empathic connection with the subject of the story and to project what is happening on yourself.

According to Magnifyre’s StoryUP VR study, VR videos are liked by users 30% more than other formats. At the same time, the cost per 1,000 user interactions for this technology is lower – from $ 4.20 when using regular video, the price drops to $ 1.74. In addition, on average, twice as many users watch videos in the new format to the end. VR engages viewers on an emotional level and not only encourages them to watch more, but also empathize with what is happening on the screen, projecting situations onto themselves or their loved ones.

To draw attention to the problems of the Arctic, WWF has installed an interactive stand with VR glasses in the London Science Museum. Museum visitors “moved” to the Arctic and watched the family of polar bears. The results were impressive: the campaign was mentioned more than 300 times in the press and provoked thousands of discussions on the topic.

What’s next for VR and AR?

Key areas of use for these technologies in the near future are video games, real-life events, VR parks, healthcare, real estate, education, and the military. In the coming years, VR / AR projects will become more complex, interesting, and rewarding. With the advancement of technology, devices capable of supporting augmented and virtual reality will be more powerful and will be able to broadcast better images. In the industry, VR and AR will increasingly help control the quality of processes and finished products, in retail – to attract buyers with new functionality, cars will also be equipped with AR technologies. 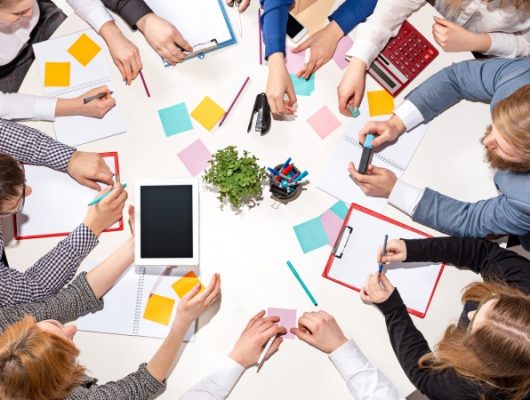