“If you have ordered an interior design at least once in your life, then remember how difficult it was to make a choice among a huge mass of different design – studios, single designers, so-called” private traders. “Everyone wants it to be beautiful, fast, and most importantly – The last criterion when choosing, as a rule, is the most important and often erroneous, which later you have to regret.

Let’s consider together with you four main parameters that distinguish a design studio from a private designer, namely:

“Is it true that the services of a private designer are” cheap “?

It’s true! But! “Cheap” is taken by novice and inexperienced designers, they need to gain experience and, therefore, they are ready to work for almost any money! “Cheap” is taken by designers who are not in demand on the market, in a word, charlatans to whom no one turns. Are you going to see a charlatan doctor? I think no! How is a designer different?

“Cheap” for their services can be taken by seasoned, cool designers due to some circumstances, but this is something incredible! Each professional designer (designer with “Name” and great experience) loves himself and values ​​his work very highly, and accordingly takes a lot for it, and much more than a design studio! He’s a star! It turns out – if the designer is good, then he takes a lot! (And rightly so, a good designer studied for so many years, gained many years of experience, earned authority in the professional community). If the designer is bad, then he takes cheap for his services! Why do you need a bad designer?

It’s like a car – a good one is expensive, a bad one is cheap! Moreover, both good and bad cars are made by manufacturing companies, not private traders, I think that you are unlikely to agree to buy a car project from a private owner, design it yourself, or give it to a familiar locksmith to design such a car even for very little money! And then ride it ?! No, you don’t need such a car! Why risk your health, why expose yourself to discomfort, and how will you present this to your friends and acquaintances ?! And how does a design project differ from a car ?! Nothing! And this is the main point! The main thing is the final result! And what it will be: “bad” or “good” in many ways (if not completely) depends on the design project, how competently and clearly it is made, that is, on the professionalism of the designer! Therefore, it doesn’t matter if it is a studio or a designer,

One person is working on a design project – a designer. Author’s supervision is carried out by one person – the designer, no one checks him, because, firstly, there is no one, and, secondly, the only checking authority is the customer. The latter, as a rule, learns about the error only when money is required to fix it! Therefore, the probability of a mistake is very high (especially when it comes to a non-professional designer), and any design mistake is your money! The designer can overlook something or forget about something important, because he alone leads several projects (maybe this is), respectively, the attention is scattered! What if you part with him? Will you not like him or him? The designer can move to another city. The designer can go on vacation (has every right), get sick, that is, you can be left alone – alone with an unfinished apartment (or other object). All information on the object will remain in the designer’s head. And what will you do ?!

Working on a design project in a design studio is a joint work of a team of specialists, at least three people!

Project manager – supervises the entire project from the beginning of the design to the completion of the renovation, his task is to ensure that all the work of designers and other specialists is carried out in full and on time.

Art director – makes sure that each project is interesting, unique and beautiful by design. He also checks the design project for errors, so if the designer is too lazy or misses something, the art director will certainly correct him. He makes sure that the project is understandable to the builders (this is also very important).

Designer – carries out a design project himself or together with other designers, it all depends on the complexity of the project and the time of implementation.

Thus, the studio cannot get sick or go on vacation, an individual specialist, yes, a studio, no! The studio will not disappear anywhere, the designer can! The information on the object in the studio is owned by the designer, art director and project manager, so your object is always under attention! And the work is done strictly on time!

It is not always clear from a private designer what you are paying for.

You pay for the design project! What is it, did you specify? And this, not only beautiful pictures, is a package of documentation, according to which builders and other specialists will work. And private designers, as a rule, do not say what is included in their design project, they do not draw up contracts for their services, and if they do, then they are unofficial, so in the event of a conflict, you will not be able to bring them to justice. Nowhere is it spelled out what is included in the project, there is no estimate, so it is not clear what you will get for the money you pay. They tell you the price for a design project, small and very attractive, you agree and wait in anticipation of a miracle! And miracles do not happen! The result is not quite what they wanted, the deadlines are delayed, there are no drawings, there is no finishing sheet, it is not clear how much the project will cost in the end (maybe

In the design studio, it is always clear what you are paying for.

In the design studio, you will always receive an estimate for services, each sheet – section (for example, a floor plan) has its own fixed cost, which means that you clearly know what you are paying for and what you will receive in the end. You enter into an official agreement with a design studio, with full legal responsibility. This is a guarantee of meeting the deadlines under the contract, otherwise the studio will have to pay late fees. This is a guarantee of quality, the contract stipulates that the studio will make options for the appearance of the interior as much as is required for agreement with the client. Therefore, the staff of the design studio are always interested in doing their work not only quickly, but also with high quality!

The works of one person are, as a rule, “stamps”.

Each private designer eventually gets his own, “individual style” (by the way, it’s good, if at all). As a matter of fact, the designer develops his own style, in which he prefers to work by will – not by will he imposes this style on his customer. (At the same time, we are not talking about “great”, as a rule, Western designers who work in one of their own style, and he is their business card, i.e. people purposefully choose a designer according to the style in which he is works). In our country, no one thinks about this parameter at all when choosing a designer, and as a result, you, as a customer, become a hostage to his style, whether you like it or not! And if you want to try something different, look at the interior from a different angle? And, alone, the designer cannot offer this, he simply does not know how to do it differently, has no time to study or is reluctant, and who to learn from? There is no one to ask for advice, no one will tell you how best, no one will share their experience.

The work of the creative team of the design studio is an unlimited flight of imagination.

In the design studio, for each customer, for each project, a lead designer is appointed who deals directly with this order. His task is to come up with a unique interior! How he does it?! Together with the art director, he develops the concept of the future interior, then gathers all the designers of the studio and arranges a “brainstorming”: everyone together discusses this concept – the idea, finalizes, improves, finds the best option. The result is an interesting, unique interior, without “stamps”! Such a creative team is capable of solving any problems, creating any interiors, in any style!

I hope that all of the above will not be just words, but will really benefit you and make you think. And the next time you order a design project, you will make the right choice! 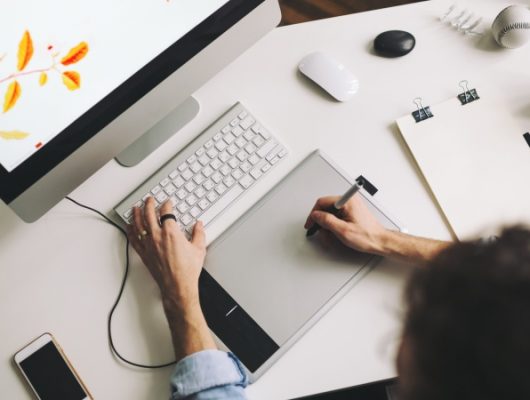