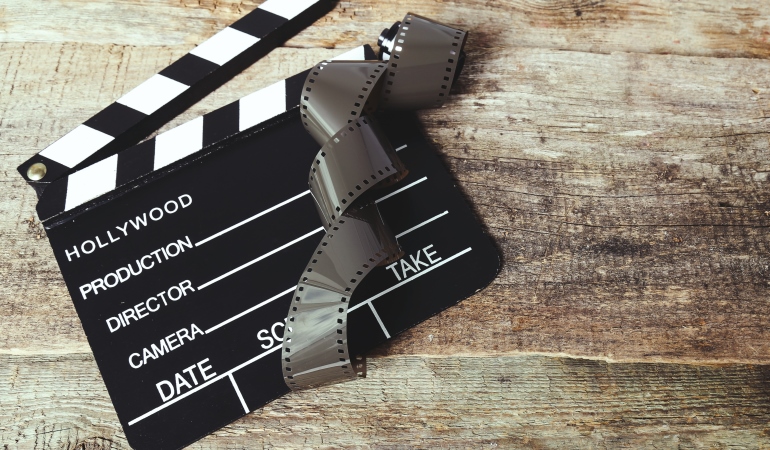 And our torment of self-identification began in the very first year of the company’s existence. It seemed that everything is obvious, we make graphic videos, which means that we are a video design studio. But already in the first months it turned out that this definition was too vague.

There is a lot of confusion with the term “video design” in our country. In our narrow professional community, video design is synonymous with motion design (bringing static graphics to life with animation). But for the layman, video design = any manipulation of the video, up to the beautiful editing of videos from weddings and anniversaries.

80% of video design studios turned out to be lone freelancers who know how to edit video and rivet the simplest videos. It is useless to fight the established tradition, so we had to look for a new self-name for our company.

Okay, so let’s just call ourselves a video studio. And again by. Rather, the concept of a studio is associated with the physical room in which the shooting takes place …

This is a video studio. And what then do we have?

The concept is too broad. Advertising agencies do everything from printing business cards to setting up contextual advertising. But our sphere, although it is limited to video, is essentially much deeper than advertising alone, we are also about the communications of the target audience with a product, company, brand.

Take the same explanatory videos. This tool is more about marketing than about classic advertising. In short, we think further.

Briefly, succinctly, exhaustively. Moreover, it turns out that we are the first video advertising agency in the country? Later, other guys also named themselves, our good colleagues from the same industry. Somehow they even recorded an interview with them:

Well, we … Don’t laugh, but again we felt that there was something wrong with the definition.

Video advertising is just one genre of video production, just one type of problem that we solve. The term “video advertising” refers to the usual TV-format commercials or pre-rolls for YouTube. But our range of services is much broader. We also do technical visualization, architectural visualization, video presentations, video for exhibitions and much more.

The investigation again reached a dead end. And we decided to turn to the experience of our Western colleagues. Fortunately, in everything related to motion design and business, America and Europe are 5-10 years ahead of Russia.

Clutch, a giant aggregator of services for the B2B industry, came to the rescue. And how do companies from our region present themselves?

However, there is one caveat. An unpleasant association sometimes emerges with the word “agency” in our country – intermediaries. Hateful intermediaries.

Why is agency cool?

But if you think about it – everything is to the point. None of the three managing partners of VideoZayats.rf is a pure production worker. We are not motion designers, not narrow-minded artisans. Our functions are rather production and managerial. We are the link between business and production. Our strong point is competent communication and service.

You ask, why work through an agency if you can contact the contractor directly?

Remember the beginning of The Magnificent Seven? Tired of the bandits’ raids, the peasants scraped up the last gold on the bottom of the barrel and came to the city to buy weapons. But an experienced cowboy tells them, they say, you guys, for the same money, it is more convenient to hire shooters than to play heroes on your own.

There has been no shooting in modern business for a long time, but the principles have remained the same as in the Wild West. If you don’t understand some “narrow” field, then it is better to hire experienced shooters than to try to steer yourself.

Video production management is a multifaceted process. Correctly understand and interpret the task of the Customer (often the Customer himself does not understand what he needs); correctly convey these introductory words to the performers. Illustrators, motion designers, announcer, sound engineer, art director and other narrow-profile specialists, a whole galaxy of creative people. Everyone has their own professional jargon and there is neither time nor special desire to delve deeply into the Customer’s business.

A particular pain in the domestic market concerns creativity and scenarios. Literally only a few can adequately cope with this part.

To achieve the desired result from all this motley company, a person far from video production will need a month where an expert can handle it in a week.

And if you consider that IT specialists work for an hourly rate in dollars, then communicating with them through an agency, taking into account all the circumstances, is not only easier, faster and more pleasant, but often cheaper.

An artisan becomes a master if he devotes himself to one thing. It is impossible to do everything at the same high level. Every top video production company specializes in one type of service or video style. These are cool explaners, others are game trailers, the next are professionals in broadcast design, and these are generally focused on virtual and augmented reality.

Even our agency has a profile specialization – explaining videos and image videos, but from the point of view of styles, we can realize any wish of the Customer, the budget would be enough.

And besides that, there is also a huge world of 3D animation. We are able to quickly scale to the desired task of the Client. This is because there are more than 150 proven performers in our database, where each is a master of his field.

Do you need a video for your business? Just outline the task and get back to your business. Analysis of the target audience and the product, their connection with the key message to the viewer, approval and editing at each stage, adaptation of the video to the desired format, promotion – we take care of all these troubles.

A few years ago, you would have needed to involve a whole string of contractors, but today everything is solved in a “one window”. The video production makes beautiful pictures, the video production agency solves the client’s business problem on a turnkey basis.

Yes, we are a video production agency and are glad that we have finally found our face.

Or did they not find it? Now it depends on you, dear reader. Do you think the term “video production agency” describes our activities and our specialization comprehensively, or do you have a better idea?

We have been solving this dilemma for six years, we can think about more.